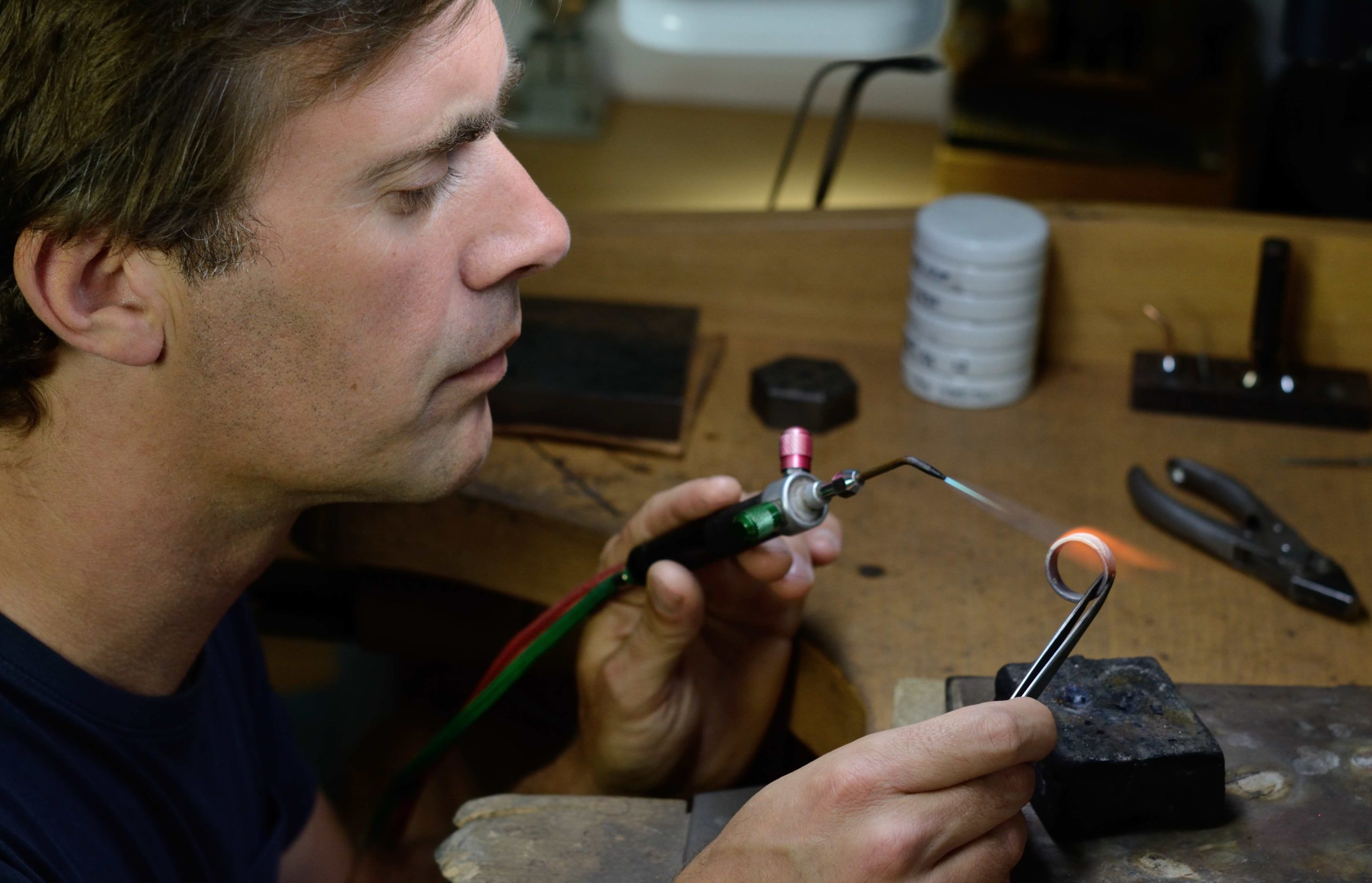 “I find jewellery making offers the perfect combination of craftmanship and creativity.  At it’s best, an attempt to distill the myriad beauty of nature into a wearable piece of art”

In 2003 Mathew Hall began making jewellery full time at the Birmingham School of Jewellery and Silversmithing in the heart of the Jewellery Quarter.  After completing his studies he worked in several jewellery workshops in the Quarter.   He later moved to mainland Europe and worked for almost a decade as a goldsmith in a jewellery atelier in Freiburg, Germany, before finally returning to the UK in 2015 and establishing his own business and goldsmithing workshop.

MH Goldsmith’s contemporary fine jewellery is made entirely by hand using traditional methods made to exacting standards. Opposing colours, textures and forms set with interesting and unusual coloured gems are the hallmark of this continental-trained jeweller now based in Bristol.

From his private workshop, Mathew also undertakes new commissions and remodelling work as well as a jewellery repair, restoration and alteration service. 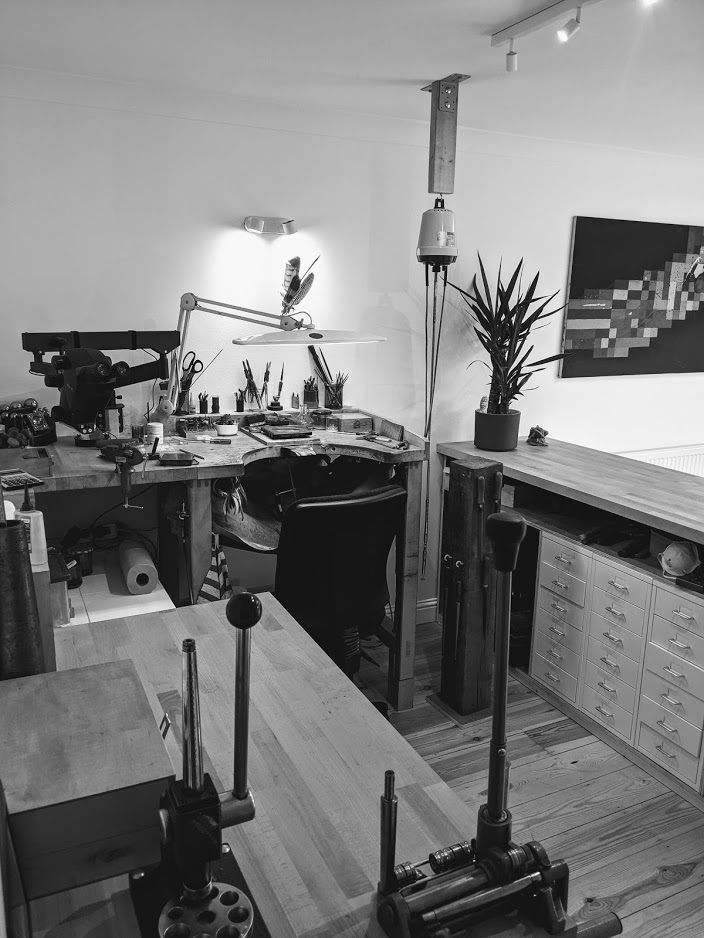